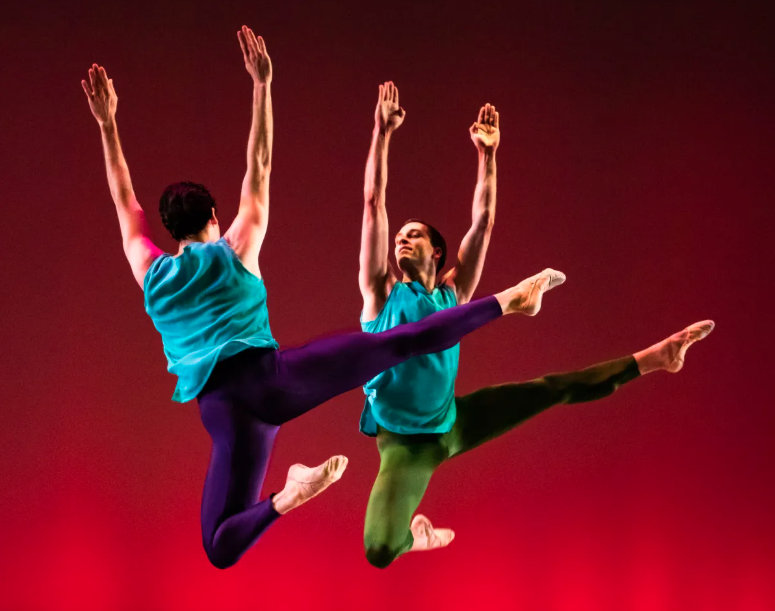 I wrote this for print in the Washington City Paper, and it’s online on their website here.

An upcoming performance at the Kennedy Center will be a unique chance to celebrate local dance legend Lucy Bowen McCauley as her company commemorates its 25th anniversary and takes its final bow.

After 25 years, the Bowen McCauley Dance Company will present its final performance at the Kennedy Center’s Eisenhower Theater on Tuesday, Sept. 14, at 7 p.m. The Kennedy Center requires all patrons to submit proof of their vaccine status and masks are required.

Lucy Bowen McCauley moved to New York City to study with the Joffrey Ballet at age 18. Now 62, Bowen McCauley is perhaps the most consistent dance-maker in the D.C. region. She has choreographed multiple works for her company every year since its inception in 1996. Despite having a sizable catalog to draw from, this last show is typical of BMDC in that it includes multiple premieres.

“Other companies, when they’re winding down, they go back into the vault and bring back the older pieces and great favorites,” Bowen McCauley said recently. “If I had a whole week at the Eisenhower Theater I certainly would do that … But we’re going to go out, I feel, with some of my very best work.”

Bowen McCauley is known as a consistent collaborator and an artist’s artist; recent collaborators include former U.S. Poet Laureate Rita Dove and the Alexandria Symphony. One of the premieres in this show, “Insistent Music,” is set to a score by Turkish composer Erberk Eryilmaz, who Bowen McCauley describes as “a modern-day Stravinsky.”

Another premiere, “Image,” is set to music by German and Croatian composer Nikola Glassl, which will be played live by the composer’s grandson and pianist Nikola Paskalov, the company’s music director, with soprano Karin Paludan.

Along with the choreographic premieres by Bowen McCauley, this show will feature a premiere by Israeli choreographer Igal Perry—a solo for dancer Manish Chauhan. Chauhan was born to a poor family in India, and his life story inspired a recent film, Yeh Ballet, distributed by Netflix, and in which Chauhan stars. This performance will be Chauhan’s U.S. stage premiere.

Chauhan is also subject of the documentary Call Me Dancer, currently in post-production, directed by local filmmaker Leslie Shampaigne. Call Me Dancer follows Chauhan over a two-year period, and Shampaigne says she wanted to make the film “to show people that it doesn’t matter what economic background you come from—art can change a life.”

Dance may have lengthened Bowen McCauley’s life: Nearly 20 years ago she was diagnosed with cardiomyopathy, which causes her heart to pump slowly and less efficiently. “What helps keep people from getting sick is exercise,” she says. “So my career probably made it that I developed this problem later … I didn’t start to see it till I was 40, whereas in my mother, it started much younger.”

Bowen McCauley has had five heart surgeries, the most recent in 2019, and she says her health is an influence in the decision to shut down the company. “With the pacemaker, defibrillator, and the medicines, I actually feel pretty good most days,” she says. “I am doing well, but people with my problems don’t usually have the longest life in the world.”

Alison Crosby, a founding company member who directs the company’s outreach programs, said, “[Lucy] has battled chronic health issues that could have made someone else back away from the hard work it takes to maintain a dance company.”

Bowen McCauley plans to continue her Dance for Parkinson’s Disease program. She also has some side projects planned in choreography, and looks forward to having “a little more free time to travel and you know read books and see friends and just take it a little more easily.”

While we may see more of Lucy Bowen McCauley’s choreography, Tuesday night will be the last chance to see her choreography performed by the company that bears her name.